October 19, 2020
While tensions were rising My friends and I were taking control and forming a small group to get together for safety during protests. Protesting was not the only form of participation though, and I quickly found myself in a position of creation and art. Our group was having meeting for the next big thing, often times including going to art builds or doing something art related independently, like making flyers or signs hung up in the city.
It wasn't all fun though. Protest were always a code Red action- meaning High risk, high stress situations. I tear gassed and hit with rubber bullets. You don't know the difference between a fake gun and real gun. When they're fired they sound the same. it hurts too. The only difference is that one has a lesser chance of killing you but that chance is never zero.
Everyone left with bruises, and red watery eyes. I can't speak for anyone else but I left with heightened anxiety and PTSD.
after protesting I couldn't handle 4th of July. A transformer blew up in my neighborhood and I could feel my body break down from just awful terror. I should have handled with those issues then but didn't 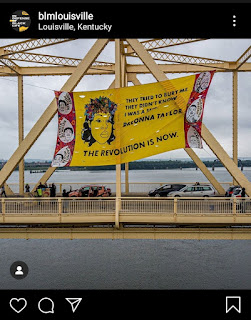 I'm not saying I worked on this but If I did I'm very Proud of it. 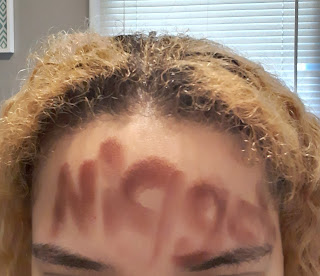 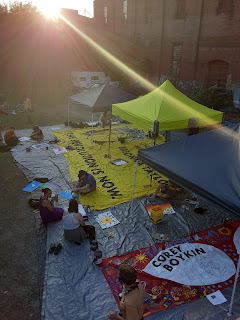 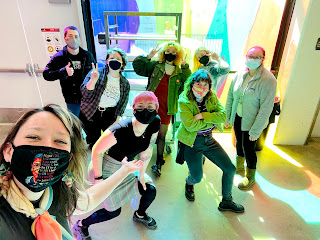